A couple of friends, who know my sense of humour, asked me if "MO goes PO" stood for MOdernity goes POstal.

It does not, although I do think Modernity did go postal between 1939 and 1945 - its just that Modernity could have gone postal for a while and then made a complete recovery.

So the bigger story is how Modernity plunged, over six years, from its Apogee at the New York World's Fair's visions of the World of Tomorrow all the way down to to its Nadir at Auschwitz.

It never recovered and it was forced to see its era very slowly and very quietly fade away.

(Significantly, the 1939-1940 NY World's Fair was also the time and place for the first ever fan convention for Sci Fi literature - at that time it was the literature that was the most unquestioningly Modern.

I think so - the emotional change inside our hearts happened during the war, even if the actions that followed had to wait for peacetime conditions to be allowed to come forward.

If my project ever get produced as a play,film or musical, those six years will have to get packed into three hours - at the most - compressing the experience of the Mo-to-Po Revolution into an even tighter time experience. 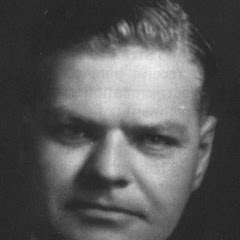 Martin Henry Dawson
I think my 15 scenes plus one afterword will do a good job of compressing those six years into a fulfilling dramatical experience, at least as seen from the point of view of Martin Henry Dawson's tiny team in the lab on Floor G ....
Posted by Michael Marshall at Friday, July 02, 2010