The One Percent's solution : the ultimate 'gated community' is the billionaires' spaceship 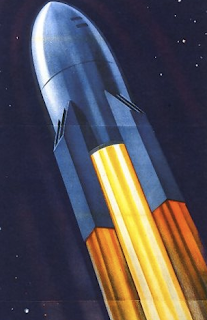 It details how a secretive group of  avowedly secular-minded billionaires from the Silicon Valley 'pretend' to fund a project to mine asteroids.

Actually it is all to help terraform Mars into Earth 2.0 when our planet, the original Earth 1.0 , finally flatlines.

In fact the project is secretly designed to "Rapture" the saving remnant, (the Chosen Ones) of the Protestant Race to the new Earth, in a silver seed spaceship that becomes, defacto, the ultimate "gated community".

This is because the price for travelling to Mars (sorry Earth 2.0Earth 1.0%) and successfully pioneering there will run into tens of millions of dollars per person.

It is true that no where in the Protestants' Bible (or in the Christian/Jewish or Moslem Bible for that matter) does God instruct Man to abandon Earth and go off and evangelize slash rape the rest of the Universe.

But what Fundamentalist actually knows their Bible, anyway?

All that Word of God stuff  just gets in the way of the ministerial hubris.

Forget the Bible (the new right protestants already have). Feel the width : think of the electoral impact !

All white, all rich, all Protestant : there won't be any need for any more pesky elections on the new Earth 1.0%, not when everyone there already votes Republican.

A cold and hostile chunk of dead hard rock that was originally named the "RED" planet, after all ; you can just tell that this is the true galactic home of the Greedy_Old_Party.......