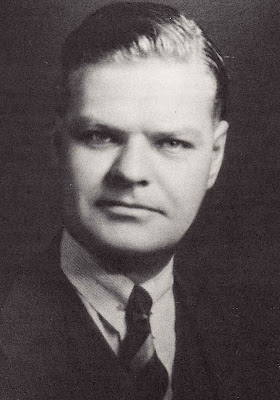 Martin Henry Dawson 1896-1945
S. Pyrogenes/GAS Strep/Hemolytic Strep - whatever you call it, this bacteria is usually regarded as the single deadliest pathogen we humans face over our lifetime.
This is because the list of fatal diseases it is implicated in runs into pages and can involve almost every part of the body,in any age group , in any part of the world.
Paradoxically, S. pyrogenes is only found in humans - it exists no where else - and usually lives peacefully - more or less - in our throats, as it has for millions of years.
It hoes a narrow row - but it hoes it deep and long - it can outwit anything our body or our mind's invention can put up to remove it, as it struggles to get by.
Martin Henry Dawson spent 20 years (all of his tragically short life as a scientific researcher) also hoeing a narrow row, deep and long.
He tried always to remain focussed on one area: the consequences for both of us, human and oral strep, of co-sharing one body so intimately all of our collective life.
A rarity in his day, he tried ,as a medical scientist, to see our body from its bacterial flora's point of view: to study how they wiggled and twirled -genetically- as they struggled to survive in our body's hostile environment.
Some bacteria is only 175 billionths of a metre "tall" - that means the body of an adult male is exactly as big to them as our Earth is to us - they aren't in any way aware they are 'invading' a body - they see us only as a vast hostile & lush world.
Early humans also didn't know they lived in a tiny part of a big sphere of rock that in turn only made up a tiny part of the entire universe - they saw no further than area immediately around them.
It is always worth recalling that we are actually 90% them and 10% us, if you count the number of bacterial cells on us, versus all the cells of our internal organs.
Without any of us, they would quickly die in hours - without them, we would die in a few months.
We must co-exist together, diners at a common table - commensals as a biologist or theologian would say.
Dawson never used that term as far as I know ( he died, after all, in 1945, before the word came into common use in medical or religious circles), but he lived his life as if it was the central core of his being as a scientist.....
@arcadianrecord
Posted by Michael Marshall at Sunday, June 06, 2010