STALIN lives? at the DUNN ?

I sometimes think that atheists have taken over Oxford University and that they now worship scientists (provided their 'tough minded' enough) instead of God.

Sometimes this means that Oxford have to apply some of Stalin's favorite photographic techniques for making Commissars vanish.

Stalin excelled at first the bullet to the back of the head and then a generous application of photographic varnish to the front of the head ,applied to whatever official photographs that couldn't be tossed.

Wilson Baker was a harmless little man, a devout Quaker peace activist and a darn fine chemist - he's dead but not by any bullet to the head.

But the photo vanishing varnish does apply - he's been erased from the official portrait of the moment of Oxford's University greatest triumph - the (failed) effort to synthesize penicillin during World War Two.

Baker's fault was that his mere presence in an iconic photograph interfered with the Sir William Dunn School of Pathology's panty lines when it came to exalting their best known director, Baron Sir Howard Florey.

Florey is himself dead but he still a real little money maker for the Dunn, Oxford University, Oxford City and the whole bio-med-crazy rich and rapidly growing "Thames Valley".

The original iconic photo is in Britain's National Portrait Gallery, taken in 1944 by Wolfgang Suschitzky at the Dunn in Oxford as part of a a ICI-funded film on Britain's role in penicillin: 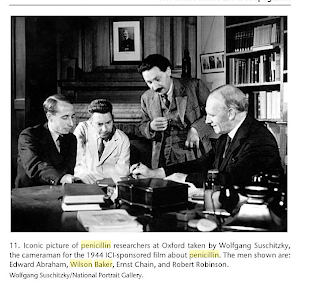 I have shamelessly taken this from Robert Bud's book on Penicillin, together with his caption and credit line.

Now here is another almost exactly similar photo, taken this time from Eric Lax's book on penicillin, with its caption and credit line to the Dunn Pathology School.

I don't know about Pathological, but I find this all definitely creepy: 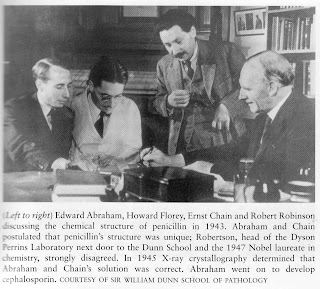 I have made these photos very small ,to save bandwidth, but they sure look alike---- aside from the tighter crop of the Dunn version.

But now look closer at the figure of Florey from the Dunn version: 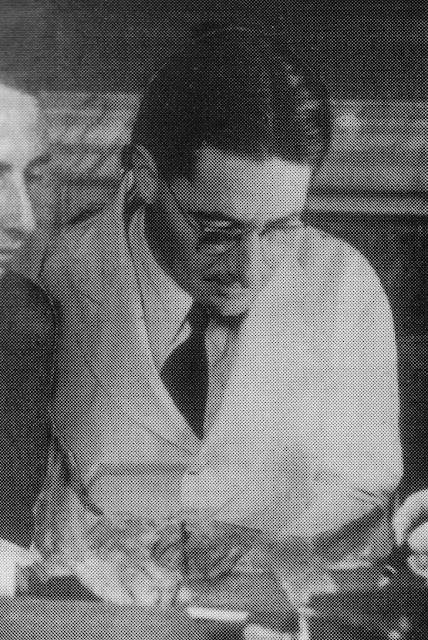 It sure looks like a bad "insert" job ala Joe Stalin's technique.

Ah yes, Florey had no license to inject people.

The stand-in shot of him using a needle of his famous live-saving penicillin, in lieu of something more heroic, has become a posed-up shot of him and his aide, Jim Kent, needling a mouse in May 1940.

I think its a law that it must be used in every book and article on Florey,Oxford and penicillin.

Here it is,also from Lax's book, and again provided by the Dunn people: 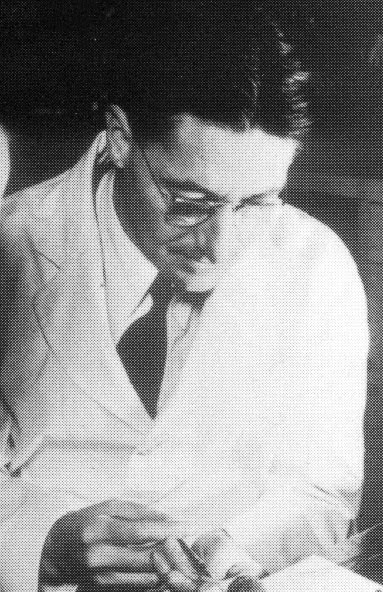 What do you think ?
Posted by Michael Marshall at Thursday, August 19, 2010